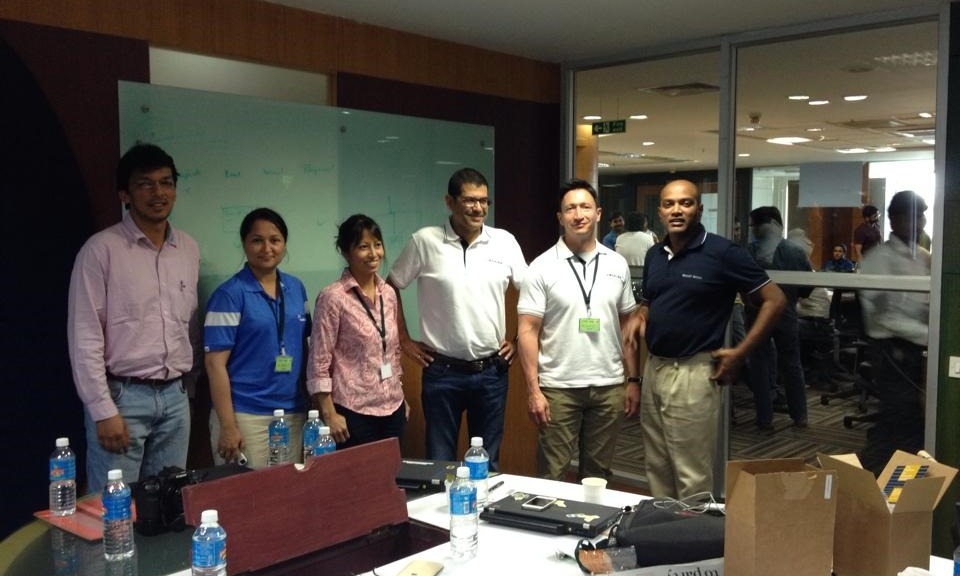 Having attended, participated and judged over 50 hackathons in the last 3 years, I am a huge fan of the process, the energy and motivation that goes into making one happen.

My first hackathon was in San Francisco 2007 at the IPhone Dev Camp in San Francisco at the Adobe offices. I was new to iOS programming and wanted to learn the process to build apps. I was largely interested in learning what it took to build an app, not necessarily to build a company.

At this event there were about 40-50 people who gathered on a Friday. Most (over 60%) were first time iOS developers, who knew HTML, some php and Java, but had not build for the phone at all.

For those who have never been to a hackathon before, they tend to follow a fairly simple format. Developers, designers and engineers get together for 50-60 hours (Friday to Sunday) and come with some skills, ideas and passion to build something useful over the weekend.

In most hackathons there are non-developers as well who come to “pitch ideas” they want to work on and are looking for a team. If you are not a developer, I’d still highly encourage you to go to a hackathon and use it as an opportunity to learn to code.

More than to look for engineers who can help you build the product or prototype, I’d say the biggest value from a hackathon for non-developers is to reinforce the online learning at places such as Udemy, Courseera and other resources.

I have met several startup teams whose founders have met at hackathons.

If you are a non-developer, the tendency at the hackathon is to pitch an idea (you are given time to do that during the first day) and try to recruit engineers and designers to help.

I dont think that’s a great use of time.

If you are only the “idea” person who can “hustle”, you end up attracting a set of people who are non-developers themselves. The best way to gain the confidence of a good team of developers and engineers is to appreciate the work they do and find ways to help them, even if it is a small part of the work.

Even starting to build wireframes, some basic Photoshop skills or HTML / CSS is more valuable than just “talking” about your idea and showing others how “passionate” you are about your idea.

The art and science behind getting a great team to help is to be prepared with as much information that sends “signals” to others that you are likely to win the hackathon.

Ideas rarely win hackathons, functional prototypes with a great story and pitch do.

If you can show that you have made great progress with your idea over several iterations and need help to start getting further along with the product or prototype, you will be able to attract a much better team.

To answer the question: “Are hackathons a great place to build your prototype”? Absolutely yes, if you are well prepared. People that have prototypes built at hackathons are those that have wireframes completed, the customer development done and also have made some progress towards their mockups.